D’Arcangelo’s Pizzeria, more commonly known as D’Arc’s Pizza was established in 1960 by Peter Emery D’Arcangelo Sr, Nicolette (DiLoreto) D’Arcangelo, and close family friend and Camara (God mother) Pearl Leonardis. The story of “D’Arcs” adds an interesting and important chapter in the tradition of the coal mining town of Windber, Pennsylvania.

D’Arcs Pizza is located at 2013 Graham Avenue, the “east end” of Windber. Like many small towns, European immigrants came to Windber in the early 1900’s for employment and established residence in areas of the town with others of a similar ethnic origin. Coal mining was the main industry in Windber at that time.  Pete’s parents (Justine and Anna) and Nicolette’s parents (Carmine and Florence) migrated from small towns located in the region in Italy called Abruzzo.   The towns of Lanciano, Castel Frentano, and Chieti are within miles from each other near the Adriatic Coast in Abruzzo. At that time, the east end of Windber was like “Little Italy” populated with names like Costa, Scaglione, DiGuilio, Palumbo, Vitucci, Marino, Russo, Leone etc. with family, wine and food as priorities.

The Early Days of D’Arc’s Pizza

During the early days, Peter was a coal miner for Berwind Company (where Windber got its name) and Nicolette operated a small grocery store in the 1950’s called D’Arcangelo’s Market. Their small market was located in a small building across from St. Anthony’s church which now serves as a parking lot.  In 1960, they purchased the large brick building at 2013 Graham Avenue from the Berwind Company and established their residence in an apartment above the business with daughter Linda (Bonitz) and sons Peter Emery, Jr, and newly born Robert (Bob). The intent at that time was to establish a larger grocery store. As fate would have it, the coal mining industry began to decline and Peter lost his job and the family’s main source of income. Struggling to keep the building from foreclosure, Pete, Nicolette, and Pearl Leonardis (who also lived in an apartment on the second floor of the building) began to make and sell Abruzzi Style Pizza in order to gain a viable income. They often would work from 8 or 9:00 AM to after midnight making pizza. They would deliver pizza at lunch time to the sewing factory workers at the Bestform Factory on south 21st street and to workers at the Windber Hospital. Their Abruzzi style recipe to make fine pizza, homemade meatball and sausage sandwiches on homemade bread, and porchettes (slow cooked and seasoned pork sandwiches) were and still are a hit.  Nearly 60 years later, these foods continue to be the staple food at D’Arcs!

During this period of time, D’Arc’s Pizza was the “hang out” or hub for countless number of high school students who took pride in the Windber Sports Programs. After every sporting event, the place was packed with “Windberites” celebrating the Rambler competition of the evening. Windber’s sports tradition was unparalleled in the area and it has been said the Pete and Nicolette helped “to raise” countless teens during this period of time. Stories of their caring and giving attributes are shared at frequent class reunions. Some of the graduating classes even hold their class reunions at D’Arcs!

Years later, sons Peter Emery Jr. and Robert (Bob), and the many members of their family and spouses took their turns in keeping alive the family tradition. In the 1980s, Emery and Bob partnered with their parents and purchased a beer/liquor license to establish a small area in the rear of the pizza shop called “Coaches Corner.” At that time, Emery was the boys’ basketball coach from the Windber Ramblers for 14 years and was fortunate enough to garner tremendous parent support and inherited a wealth of hard working, dedicated and talented players. The Rambler’s won many championships during that decade culminating in 1987 with a trip to the State Finals in Hershey, PA. The entire town of Windber was never so proud, and the legacy and tradition of Windber basketball can be revisited even today in the “Coaches Corner” at D’Arc’s Pizza.

When you visit D’Arc’s Pizza today (open 4:00 to 10:00 daily except Tuesday), please take time to browse at the antiques that reflect the Italians from that era of time. Old photos of “East End” neighborhood Italian weddings from the 1940s, old timers who resided in the East End, vintage wine making equipment from the Italian immigrants, coal mining memorabilia from that industry era, and of course, countless photos and scrap book stories of athletes and Windber Rambler teams of the past.

You can order an Abruzzi style pizza and porchette, or other sandwich and a cold beverage of your choice. On a lucky day, you might even be able to test America’s oldest soda; Moxie! The quality of Windber’s oldest pizza shop has stood the test of time and continues to thrive. Be sure to ask for Cousin Cindy (DiLoreto) Howard who manages the business, and take time to be part of Windber History and tradition. “If the walls at D’Arcangelo’s Pizza” could talk, they would tell you quite a story; A story of family, pride, and commitment. Visit our website at www.darcspizza.com, our Face book page, or call us at 814-467-9709. Cibo e amici di famiglia! (family, food & friends) 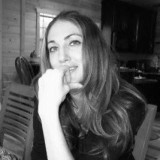 Welcome to Gallery Pro! This Genesis child theme showcases your galleries or pages in a minimal style and stunning typography.